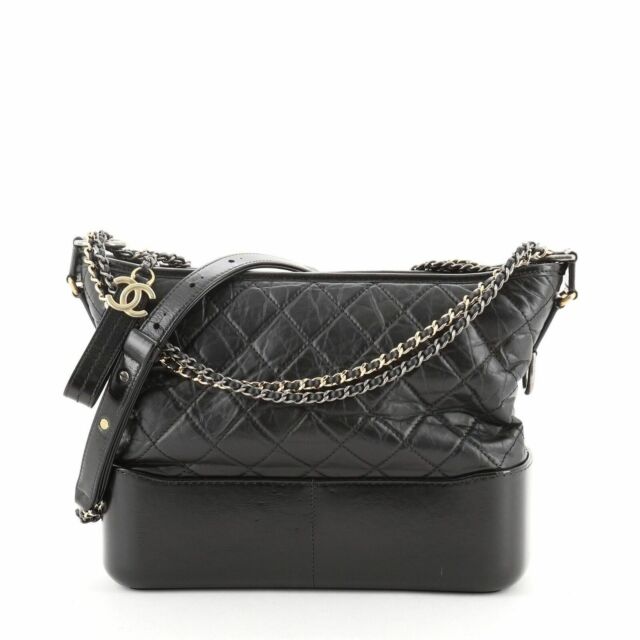 More than 60 years after Coco Chanel introduced the Chanel Classic Flap Bag Reissue 2.55, it remains the most sought-after of all Chanel handbags for women and belongs in every stylish womans wardrobe. Reengineered by Karl Lagerfeld in 1980, the bag is sure to endure for many generations to come and can be found in this eBay category.

What is the history of the Chanel classic flap bag?

The first Chanel handbag was created in 1929. It was strapless and made of quilted lambskin, patent, or caviar leather and came in sizes small, medium, large, jumbo, and maxi. By 1955, Coco Chanel herself was quoted as saying she was getting tired of schlepping them around and losing them, so she added a chain strap so she and other women could wear the purse over their shoulders. The name of the new bag, Reissue 2.55, comes from its birthdate; it was released in February of 1955. The original bags were lined in the same shade of burgundy as Cocos Catholic school uniforms.

What changes did Karl Lagerfeld make to the Reissue 2.55?

The 2.55 is the original Chanel shoulder bag and was designed by Coco Chanel herself. She used a rectangular, logo-free clasp that she named the Mademoiselle clasp in reference to the fact that she never married. In the 1980s, Lagerfeld updated the Reissue 2.55 which reverted to the Chanel classic flap bag. He replaced the Mademoiselle clasp with interlocking CC locks and made minor modifications to some of the bag?s sizes.

Are all Chanel womens handbags quilted?

The pattern of quilting on almost all of Chanels work is believed to be a reflection of Cocos love of horseback riding when she was a girl. At the time, quilted materials were worn only by the boys who worked in the stables. You will, however, find the occasional non-quilted specimen. Here are some other features of these bags.

Content provided for informational purposes only. eBay is not affiliated with or endorsed by Chanel.