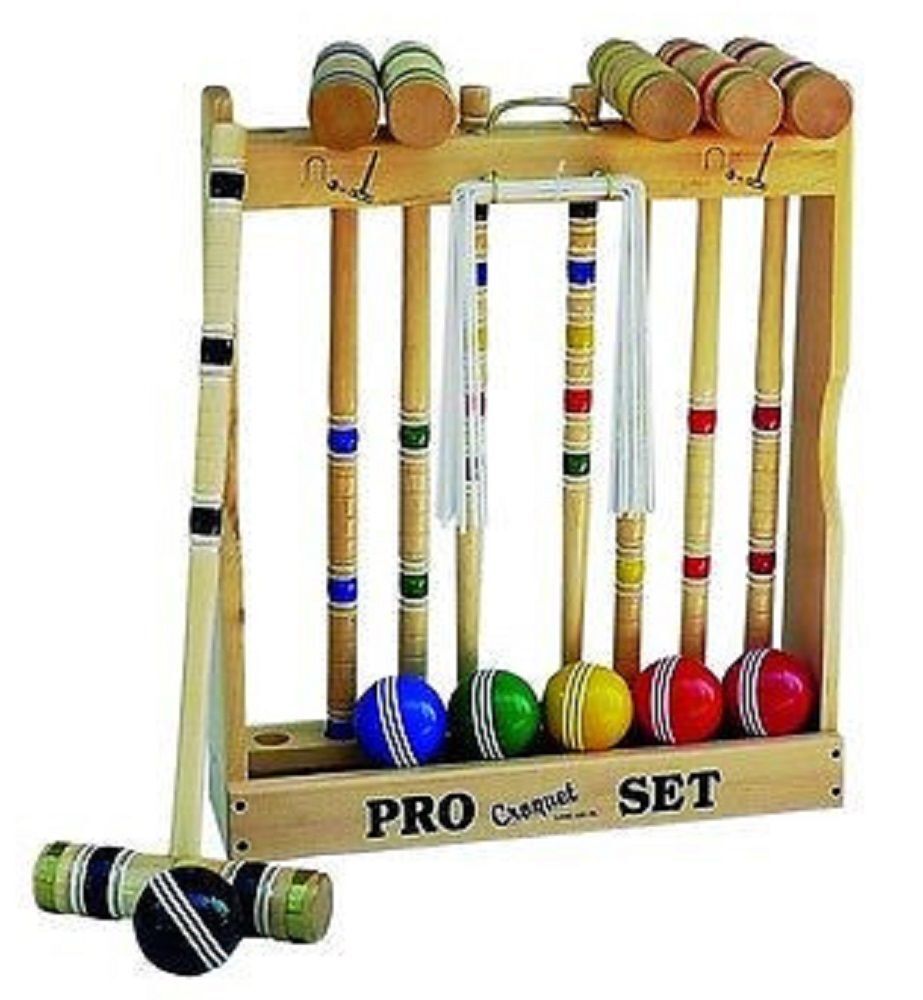 Croquet is a game thats played outdoors by families, friends, and serious players alike. Croquet sets are made for specialized use by professional-level croquet players as well as family and recreational croquet sets intended for fun. From the croquet stand to the croquet balls, there are many pieces of equipment that go into a complete croquet set.

How many pieces of equipment make up a croquet set?

There are generally four pieces of croquet equipment necessary to play, plus a stand or bag for storage. Croquet can be played by two, four, or six players. Croquet equipment includes the following:

What is the object of the game?

The more you play, the more fluently youll speak croquet, but there are certain terms and expressions that convey a specific meaning to the game. Some of these terms will also provide insight into how the game is played.