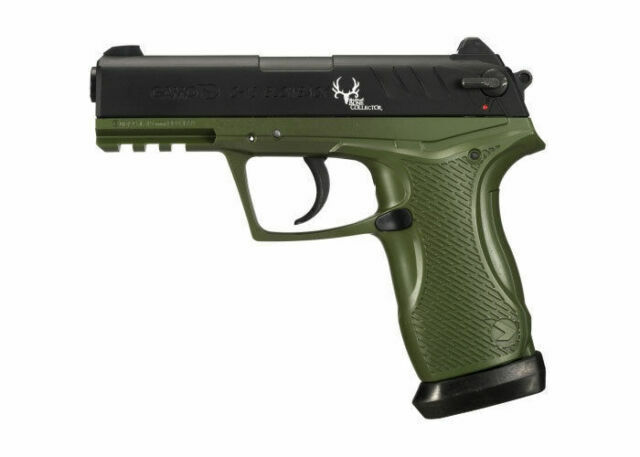 Ever since the first air gun was made in Stockholm, Sweden in 1580, people have been using them for a variety of purposes. They represented the first use of pneumatic technology, which is a branch of engineering that utilizes compressed air. Gamo Air Pistols use this technology to bring you a variety of air gun options.

What types of Gamo Air Pistols are available?

This manufacturer has a number of different air guns that have various uses, such as competing in sports like the Olympic 10m Air Pistol event. Gamo Air pistols can also be used for things like pest control, hunting, recreational shooting, and target practice. Guns belonging to the Gamo Blowback Series utilize a technique that allows a portion of the air to move the guns slide back when its fired, giving it a more realistic feel. Here are some of the Gamo air guns available.

What caliber are Gamos pellet pistols?

Are spare parts available for any of these air pistols?

Its important to take good care of your Gamo equipment to help it last as long as possible. However, spare parts are available in the event that something becomes lost or broken. These parts include the Compact Target Pistol Rear Sight replacement, Target Pistol Left Hand Grip, and the PT-80 Seal Valve. Other spare parts include:

Is there any additional Gamo air gun gear available?

Yes, additional gear is available for air guns and air pistols from this company. You can find items like carrying cases, gun slings, shooting glasses, and several other products, some of which are listed below.

Content provided for informational purposes only. eBay is not affiliated with or endorsed by Gamo.