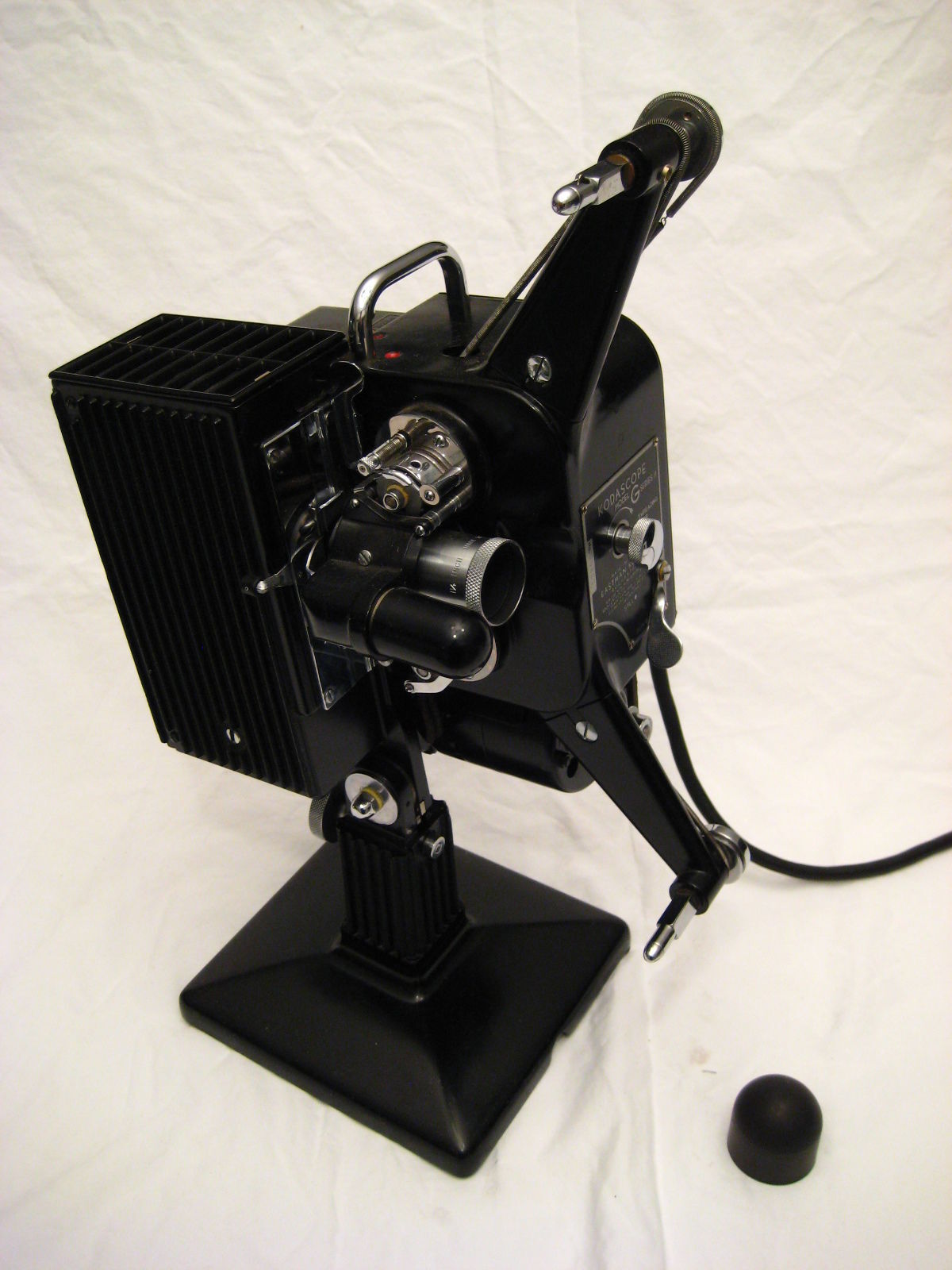 Kodak built a variety of 16mm projectors that used film to showcase movies and family vacation photos. These projectors were designed to be a portable and inexpensive way for people to show these videos off to friends and family members. While models beyond the 16mm were available, these types are still easy to find on the market.

What design do these projectors use?

There are a few different designs used with the Kodak 16mm vintage projector and screen. One model has the projector built inside of a small box that can be closed for more comfortable transportation. This type also has holes for the power cord and a speaker built inside of the box.

Other models can be removed from their transportation box and feature a simple and compact design. Most feature two to three legs that can be adjusted for height and level. Other types of 16mm Kodak film projectors have multiple arms that are used to hold the 16mm film while the movie plays.

What parts are used in these projectors?

Typically, the build of these projectors is straightforward. They usually feature the same display method that involves dragging film across a lighted magnifying glass to project a larger screen. An essential parts list includes:

Do these 16mm film display units come with built-in sound?

Many 16mm film projectors come with a built-in sound system that features a variety of different speakers. While you are watching the film, the 16mm projector will take the audio information and broadcast it over the speakers. However, some 16mm projector units may require a specialized audio track to be used alongside the film.

Other projectors may have connecting cords for separate speakers. These speakers allow your 16mm film to create a more comprehensive and engaging viewing environment. Other types of films have the sound right on the film and will convert it into a track for your speakers. These types typically work with 16mm cameras that were designed for that purpose.

Content provided for informational purposes only. eBay is not affiliated with or endorsed by Kodak.