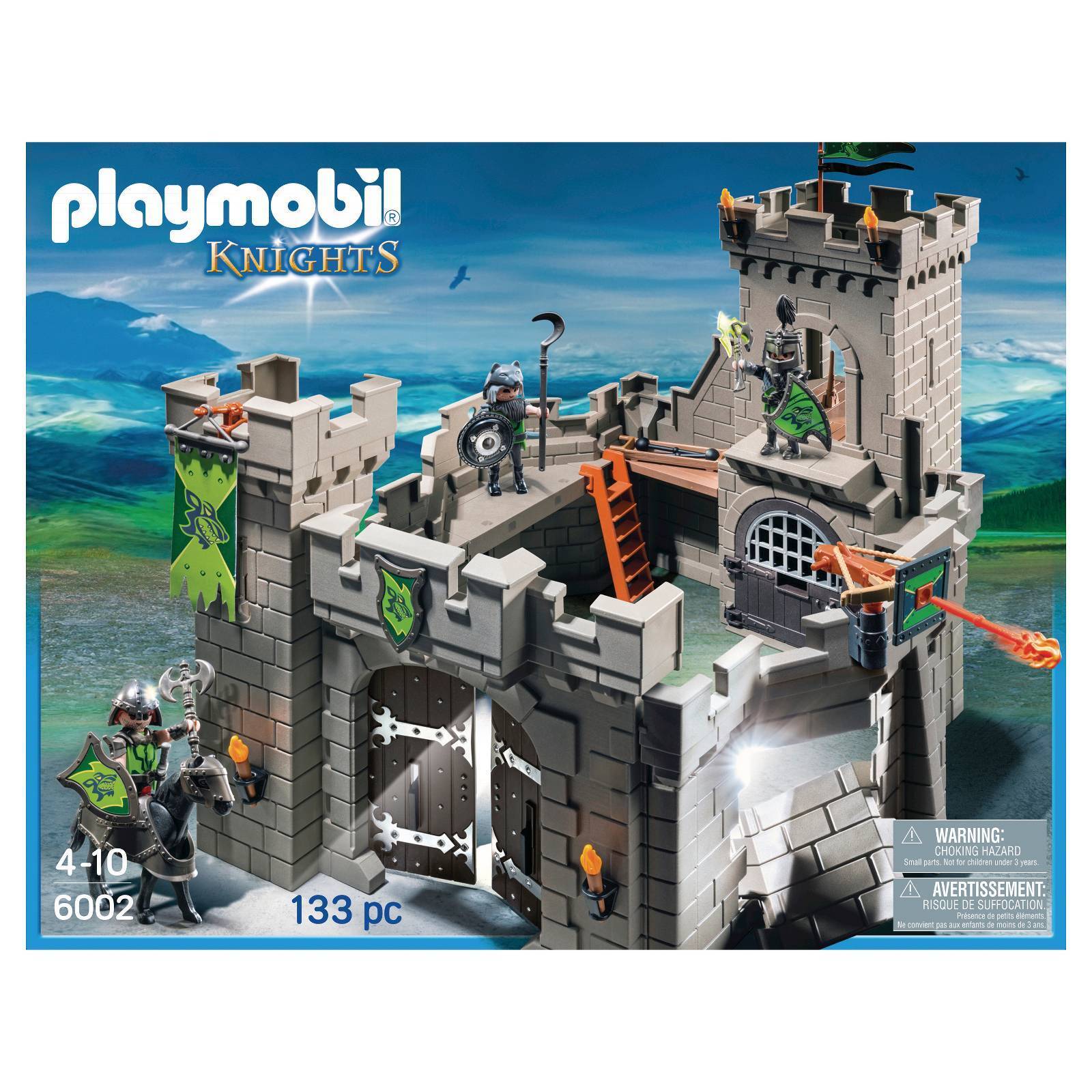 Playmobil was founded in Germany in 1974 and creates toys based on historical and updated themes to facilitate imaginative play opportunities. The Playmobile castle is history-based castles with knights and horses as well as feature fantasy sets with unicorns and dragons.

Do Playmobil sets have moving parts?

Playmobil sets have many moving parts, such as sliding gates, trapdoors, catapults, drawbridges, and breakout walls. Human and animal figurines also have moving arms, legs, and heads and can usually bend at the waist.

What are the materials used to make Playmobil toys?

The castles and figurines are made of plastic, wood, or a combination of both. The pieces are made using non-toxic materials.

Is there more than one Playmobil medieval castle?

There are three lines of Playmobil medieval castles. While many of the pieces are interchangeable, each set has items unique to that line.

What are the different types of Playmobil castle pieces?

There are numerous kinds of accessories available for the various Playmobil castle sets. These include:

What accessories are available for the Grand Princess Castle?

The three-story Princess Castle features a grand staircase and locks securely with a golden key. Other items available in the Princess line include:

What accessories are available in the Knights castle series?

A variety of structures and figurines are available in the Knights series such as:

Content provided for informational purposes only. eBay is not affiliated with or endorsed by Playmobil.