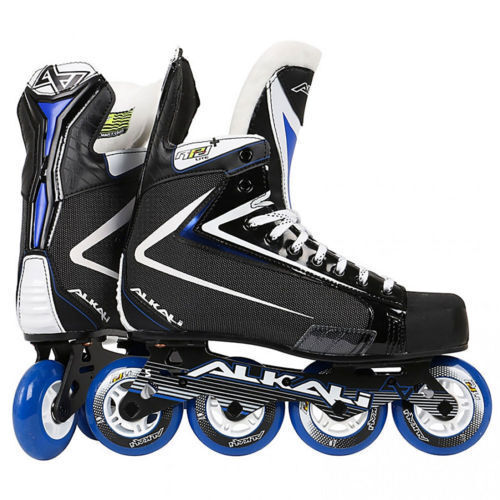 Roller hockey is a fast-paced and intense sport. Having the right pair of inline hockey skates is crucial for both performance and enjoyment. Roller hockey skates are manufactured by numerous companies, including Mission and Bauer, and different pairs are designed in ways that cater to speed, stability, and other factors.

What are inline hockey skates?

Inline roller hockey skates are generally constructed of leather, offering more protection and stability while playing hockey, and these skates are more flexible, allowing for increased agility and maneuverability on the rink. If you want to get into playing hockey, it is important to invest in a proper pair of inline skates that are designed specifically for hockey from companies such as Mission, Bauer, Tour, CCM, and others.

What wheels do you need on roller hockey skates?

What are bearings on inline skates?

Inline skate bearings are placed inside the wheel and are responsible for ensuring that the wheels can spin quickly with limited friction and resistance. Bearings are measured on the ABEC scale, which contains odd numbers from one to nine. An ABEC-1 bearing is less efficient than an ABEC-9. Higher ratings allow for increased speed and less resistance, but for new hockey players, a lower rating may be the appropriate choice to prevent your skates from flying out from under you while you get comfortable skating.

Inline skates for players often have a higher profile, covering above the ankles for maximum protection. Hockey goalie skates are highly padded and are often more low cut and incorporate a smaller tongue as the space above the ankle is covered by their other hockey pads. The lower-cut hockey goalie skates also generally have smaller wheels, which allow for increased mobility and flexibility. These inline skates can also incorporate a fifth wheel, resulting in increased stability and control.