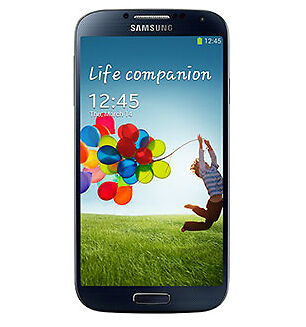 What You Need to Know About the Samsung Galaxy S4

The Samsung Galaxy S4 is an option for anyone seeking a smartphone with a large screen, a 13MP camera, and 16GB of built-in storage. Its available in a broad range of colors and supported with cases and other accessories by both Samsung and third parties. The Samsung Galaxy S4 also provides numerous features, including capacitive touch, dual video calls, HDR, and much more.

The Samsung Galaxy S4 is a smartphone with a 5.0-inch AMOLED touchscreen that supports a 1080 by 1920 resolution as well as 16 million colors. It has a 1.9GHz quad-core processor, and the Galaxy S4 was originally loaded with the Android 4.2 operating system, though updates are available. The touchscreen is made from Corning Gorilla Glass 3, and the model weighs 4.59 ounces and measures 5.38 inches by 2.74 inches by 0.31 inches.

How much space is 16GB and is it expandable?

This Samsung Galaxy model is available with built-in storage options of 16 GB, 32GB and 64GB. The Galaxy S4 also has a microSD slot that can accept microSD cards up to 64 GB, which allows for up to 80 GB of storage on this particular model. Even if you stick with 16 GB, thats still enough to store thousands of photos and songs and hundreds of apps and other files.

What connectivity options does the Galaxy S4 offer?

This Samsung phone has the aforementioned microSD card slot for storage expansion. It has a proprietary Micro-USB connection, which can be used as a data port and for charging. The S4 also has a standard headphone jack. For wireless connectivity, options include:

What does it mean if an S4 is unlocked?

The 16GB Galaxy S4 is available by Samsung in a number of different network configurations specific to a particular cellular networks, such as AT&T, Sprint, or Verizon. You can also find models compatible with a particular network type, like GSM, HSDPA, or LTE. Unlocked smartphones by Samsung are intended to provide users choice across these options and will work with most service providers.

How long is the battery life?

Samsung provides a proprietary Micro-USB-to-USB connector as well as a USB-to-AC adapter. This lets you charge through a laptop or other device, or via a wall outlet. The battery is a 2600mAh unit, and it is removable and replaceable. Samsung estimates 17 hours of a talk time per charge.